Someone in the building is playing music and I can hear it with perfect clarity. Recently, it's ben happening a couple of times a week. It seems to be Nora Jones stuff--maybe not precisely, but something that falls under auspices of what I'd consider to be 'middle-aged-woman music'.

A college education teaches us that a quick knock on the walls is typical decorum for dealing with such a situation.

But what if the music is coming from the toilet?*

*Here's where I compromise humor for the sake of truth. The music is coming from the bathroom, but it's most definitely coming from the fan vent.
Posted by Matt No comments:

Wherein the author's Italian heritage takes on some relevance

The other day I made pasta and red sauce entirely from scratch. As in the stuff going into it was crushed tomatoes, olive oil, onions, garlic, basil, oregano, salt, sugar, flour and eggs. It was a lot of work. It took hours and I got two meals out of it. Granted I had to throw away about a third of the dough due to an unfortunate pasta-getting-caught-in-the-spaghitti-cutter incident (some dipshit forced the attachment on upside-down), but still, low payoff. Delicious pasta, hilarious incompetence, low payoff.

I think you have to make a lot of pasta for it to be worthwhile, which makes me wonder how many generations ago my ancestors were regularly making their own pasta. My parents definitely weren't, and I'm not really sure my grandparents were either.

And going this many generations up, we enter the hall of legends of hard-working stock who worked all day in the paper factory or the chemical plant and then worked on digging the foundation to their house in the new world. Meanwhile their wives would slave over a hot stove making sauce and roll out sheets of wonderful-tasting pasta in anticipation of the breadwinner getting home. I think.

Wherein the author takes a journey to a more distant land

It's been almost a month since I went to Guangzhou for work and I'm still somewhat stymied by an inability to capture my exact impressions of the trip. I don't want to do the whole blow-by-blow because that's remarkably boring and there's no real voice in there.

So I'm going to start backwards and end up all over the place.*

Ever since I've returned from China I've been making really good noodle dishes. Stir fries have given me a lot of trouble in the past. They'd smell super good and end up tasting bland. The meat would seem dry, the vegetables somehow both burnt and undercooked. I credit this turn around directly to an old woman, an old man, and a propane stove on the back of a bike.

The last evening I was in Guangzhou, I went to a pedestrian district. I'm not sure what it's called, but it's by the Changshou Lu metro stop. I had been there a couple days earlier, and was absolutely in awe of it. There was weird random food and just weird random stuff everywhere. Barber shops with lines out of the door at 10:30 PM, little stalls that seemed to sell nearly-exclusively kitchen sinks open at the same hour. A small crowd seemed to gather when I ate some stinky tofu--the project manager whom I was traveling with and who spoke perfectly adequate Chinese told me that those gathered had never seen a white person enjoy it.

But this night I was by myself. I wanted something more substantial than stinky tofu or octopus on a stick (both compelling options). I was also limited by the fact that I'd have no idea how to order something complex. My vocabulary literally was 'hello' and 'thank you'. So I wandered around hoping to see a cart that caught my eye. There, at least, I could point at things I wanted.

My prayers were answered by a bike with a propane stove on the back. I cautiously made my way forward, said hello to the old woman operating the stand, and pointed to some thin rice noodles. That was the cue for the old man operating the burner to superheat some oil in a wok and crack an egg into it. I had succeeded.

Now the old woman took to pointing. Green onions. I nodded. Bean sprouts. Nod. Unidentified chopped meat. Nod. The ubiquitous dried hot red peppers. Vigorous nodding. They all ended up in the wok. Some dark sauce was spayed all over the concoction and literally, probably within two minutes, I was handed a heaping styrofoam container of noodles. I handed over 20 yuan, having no idea how much such a thing would cost. I got the vast majority of it back. Those noodles probably cost me all of $1.

I walked back the subway station and ate them just outside it, watching the people walk by. They were absolutely delicious. Deeply, deeply satisfying, slightly greasy, and outright tasty. But my moment of enjoyment was shattered when I checked my phone and saw that I only had a borderline chance of catching the last subway back. Shit.

I was a 30 minute subway ride from my hotel. I'd have no idea how to walk back, even if I wanted to. And the cab drivers are notorious for not speaking any English. I didn't have the name of my hotel written in Chinese, which is really the most basic piece of travel advice any traveler in China should know about. I'd be kinda fucked.

Luckily I was not fucked, made the train, was the only white guy on it (just like every other time I took it), made it back to the hotel, and ate my noodles. And since then, I've been making those noodles at least once per week.

But I didn't even talk about half of what happened.

*Just like someone driving in reverse on the highway.
Posted by Matt 2 comments:

Welcome to the years 14-23 of my life. May we never speak of this again.
Posted by Matt No comments: 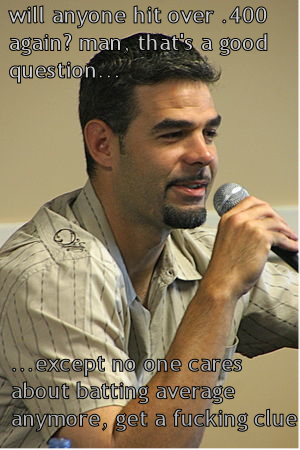 Wherein the author takes a journey to a distant land

The other day I took a long journey. I like to think of myself as a well-adjusted urban dweller, but I found myself in a situation where I really needed a power outlet adapter and I had no idea what to do. Nothing in walking distance seemed like a feasible option. I couldn't even think of a place that would fit my needs downtown. Isn't that what living in a city should be all about? Shouldn't I be able to take a bit of a walk, or even a bus, and meet all my needs?

Instead I reverted back to old habits.

I drove to the mall. To the mall's credit, the mall is still in Seattle proper, it's just in an area called Northgate, which might as well be some second-rate suburb. It's just houses and cars and malls. But what was I to do? Between a Target and a Best Buy, I ended up with everything I needed. I just had to drive a half hour to get there, and compromise maybe everything I believe in.

But there's more to this story than that. The real funny thing is that I always thought of the place with Target and Best Buy in at as the mall itself, but really there was an entire mall across the street all this time. And after I got the goods, I went over there in a mission of exploration, well, because I heard this mall had a Pokemon vending machine. Yeah. A vending machine selling Pokemon merchandise. My "I'm a ashamed of this" detectors should be going the fuck off, but they weren't and aren't.

So I ended up at the mall. The Pokemon thing was swarmed with kids.

I had forgotten kids, their fat parents, and their minivans existed. I realized it was time to go home.

All the merch was shitty new game stuff and a single Pikachu.

Not what you were expecting?
Posted by Matt 1 comment: