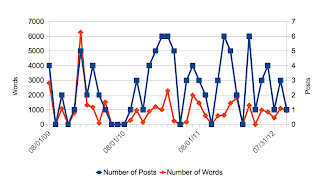 Quiz
ANSWERS AND A LOT OF OTHER WORDS AFTER THE BREAK! THAT MEANS CLICK ON THE 'READ MORE' LINK. SERIOUSLY.
Read more »
Posted by Matt 1 comment:

Labels: meta, quiz, this one has a graph in it

Hyper Beam for fun and profit

Hey! You there! You look like the type of person looking to woo a beautiful woman, settle a score, or dash the dreams of a pre-teen. I recommend a Pokemon battle!

And if you're going to engage in the furious combat of Pocket Monsters Blue or Red Edition, few things will help you more than total mastery over Hyper Beam! But you can't go around just Hyper Beaming everything with just anyone. You're gonna need a plan. You're gonna need an expert to guide you through this complicated game that is played by small children, the disabled, and the most fearsome foe: twentysomethings who lack the ability to fucking move on. Not everyone gets Hyper Beam at first. I have a friend who once thought he could take me down by arming his Pokemon team with six (6) Hyper Beamers. He lost badly and has never recovered.*

In terms of base power, Hyper Beam is the most powerful move in the game that does not result in the death of your Pokemon. Base power is a value that goes into the damage formula that Pokemon uses for determining the amount of damage done by one Pokemon to another as a result of using an attacking move. Hyperbeam clocks in a healthy 150 base power. For this power, it has a remarkable 89.5% accuracy.

Hyper Beam is a Normal-type move. This has three major implications. First, as all normal type moves are considered physical, the Attack stat of the attacker and the Defense stat are considered when calculating damage. Second, Normal-type Pokemon enjoy 1.5 power bonus when using the move due to the same type attack bonus. Third, you're not going to want to use Hyper Beam against Ghost Pokemon (it won't do anything) and using it against Rock-type Pokemon is similarly not advisable (the power will be reduced by half).

Another important consideration is that in the world of Pokemon, speed increases a Pokemon's chance of scoring a critical hit. Critical hits are extremely valuable as they double the attacking Pokemon's level in the damage calculation, approximately doubling the damage done. They also remove any defense boosts the defending Pokemon has put in place. But be cautious, because they also remove attacking boosts in effect for your own Pokemon.

Here is a chart of the on-average most damaging Hyper Beams in the game accounting for Attack, same type attack bonus, and critical hit chance. The damage done is a max-stat level 100 Pokemon facing a max-stats level 100 Mew (Mew's base stats of 100 across the board make it a popular baselining Pokemon).


One caveat of using Hyper Beam is that there is a recharge turn associated with it. This gives your opponent a chance to attack or switch without you being able to retaliate. If your move misses, however, you don't have to deal with the recharge turn. Nevertheless, with Hyper Beam's accuracy and two-turn nature, you're only looking at an average base power of around 67. Many moves are more powerful than that, so just using Hyper Beam without a plan is ill-advised.

Luckily, as though I planned it to be this way, here are some advanced topics to mitigate this unfortunate behavior!

Hyper Beam as a finishing move
In the Gameboy games and all self-respecting Pokemon battle simulators, but not Pokemon stadium, Hyper Beam does not require a recharge turn if it causes the opposing Pokemon to faint. Therefore, if it looks like you'll kill your opponent with a Hyper Beam but not your more accurate or non-recharge moves it's typically worth the risk.

Even if you're playing on stadium it's also a great choice if you suspect your opponent will kill you on this (if you're faster than your opponent) or your next (if you're slower) turn because you can't recharge when you're dead unless you're oldschool OPENPKMN in which case how have you gained self-awareness and started reading my blog? What's Linux the Wartortle like in person?

Hey dipshit I have Slash on my Persian and due to Persian's high speed and Slash's high critical hit rate I get 99.6% accuracy with an effective base 140 power and no recharge! What do I need Hyperbeam for?
Hyper Beam has 150 base power without the benefit of a critical hit. A critical hit Hyper Beam is  approximately 300 base power, effectively.

If you're playing on Pokemon Stadium or any self respecting Pokemon battle simulator keep in mind that Hyper Beam combined with the critical hit increasing move Focus Energy is a good combination.

You also have a bad attitude.

Getting a lot of Hyper Beam PP
Say you're playing on the Gameboy and your opponent uses a trapping move like Wrap against you and you're down to 1 Hyper Beam PP. One option is to pull out the cable and corrupt their Pokemon League hall of fame, but that's amateur hour stuff. The other is to use Hyper Beam. Should their trapping move miss, the game will keep your selection of Hyper Beam locked in and will use it despite having 0 PP. This will cause underflow and give you an ass-ton of Hyper Beam PP for the rest of the battle. You'll lose it when you heal your Pokemon, but due to the way PP-ups are stored, you'll have full PP-ups forevermore. Score, bitches.

Why is it "Hyper Beam" instead of "Hyperbeam"?
If Obama really cared, it would be "Hyperbeam".

*He's actually living perhaps the most pure impoverished but nevertheless happy student archetype I've ever seen, the poor bastard.
** You should be like the person who beat him because misery is the most noble of all the human emotions.
Posted by Matt 1 comment:

Labels: give the people what they want, Pokemon, this one has a chart in it
Newer Posts Older Posts Home
Subscribe to: Posts (Atom)