It's Balentien's Day! "But wait, Matthew," you say "clearly you mean Valentine's Day. You know the day in which the lovers of the world celebrate romance. You must be familiar with it; they descend on our restaurants, their chocolate-grimed hands clutched together, their empty eyes staring lustily at one-another, fornication the one thought on their red wine-addled minds. ("Whoa, that's awfully negative!" I interject at this juncture). You know the one, it's named after St. Valentine, the third century saint who purportedly married Catholics against the interdict of the emperor."

Wladimir Balentien is a one time fringe major league baseball player from Curaçao who has achieved great success playing in the Japanese baseball leagues. In Balentien we celebrate failure alongside success, persistence while still giving up on one's greatest dreams. Now that's a fine framework for a holiday, but let's get into the real details of this day. Clearly, the idea behind a named holiday is celebrate the traits of that person, and what more genuine way to do that than emulation. So here's how to celebrate.

Break the Japanese Baseball League single season home run record
The Beastie Boys may have more hits than Sadaharu Oh, but only Wladimir Balentien has more home runs in a single season. What better way to celebrate than to, like Balentien, break this record. Well there a couple problems here, none of the show stoppers. First, baseball isn't really in season currently so there's no way you're accomplishing this today. But maybe today's a good day to start training? Well, actually sorry it's probably already too late, because right now you're reading this instead of hitting the batting cages and this stuff takes a lot of practice. Also talent. Also you're probably not a child, and thus you'll never learn anything resembling proper baseballing mechanics. Trust me on this one.

Add to this the fact that a Japanese baseball team can only have 4 foreign players on it. So unless you're from Japan, your odds just went down a whole lot. Oh also when previous players have tried to break Oh's record, managers would just have pitchers intentionally walk them. So you're gonna have to look like you're going to exceed it by a good bit.

On second thought, this may not be a great way to celebrate.

Be from Curaçao
On this surface this one seems kind of absurd. How can one be from anywhere other than from where one is from. So unless you're from Curaçao already (hello, diverse international readership) this one is going to be tough.

But remember, our socialist Kenyan president has pulled off this stunt against da greatest nation in da world, so like defrauding some little island can't be that hard. You're just going to have to get a little creative.

Oh wait, people finally moved on from that? Ok, ok, ok this one isn't looking good either. Well I guess as a consolation prize you can give yourself a Curaçaoan name.

Commit domestic violence (allegedly)
On January 13th 2013, Wladamir Balentien was arresting and accused of breaking into his now ex-wife's home, grabbing her by the arm, and locking her in her bedroom, all with their young daughter present. You should not do this because it is terrible.

Well, in conclusion this holiday seems like a real stinker. Holding oneself to impossible standards, tricking people, committing heinous acts. Hmm. Nope. Not a good holiday. 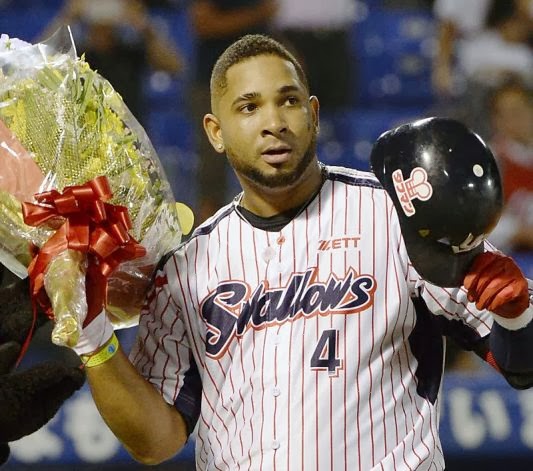